This is not a sad story. I have a lucky, happy life. Yet for more years that I care to admit, I have been going around in circles wondering what to do next. I’ve been asking myself what I wanted, what I had to offer, and what was wrong with me? Without being able to find an answer. So a few months ago, to try and finally get myself out of this rut, I signed up for a course of coaching sessions. You can call it ‘life’ or ‘career’ coaching, it doesn’t really matter, and it’s pretty difficult to separate the two anyway. These few hours seem to have unblocked whatever was holding me back. I have started something new (voila, my blog!), and have turned down the volume on the negative conversation inside my head. I thought it would be good to write about the experience, in case anyone else thinks ‘I could do with a bit of that’.

Where do I start?

Nearly ten years ago, I (very voluntarily) went from being a full time journalist, to a full time mum. My children came close together and I had a fairly impractical job with a commute and shift work. My husband was able to cover the mortgage, and me being at home allowed him to focus completely on his career. It all worked really well from a practical point of view, but for me personally, things have not been so clever.

As soon as the baby-fog cleared I started to spend a lot of time worrying about my next move. I wanted to be around for the kids, but struggled to see that as the beginning and end of it. People often ask you what you do, and when you are planning to go back to work? I never had a decent answer. So this is how the record would play….

‘There is something wrong with me, and I’m lazy. I have a fundamental weakness and failing, that other people can’t really see, but it stops me from achieving anything new. I don’t contribute financially to the household, but spend plenty of money. I have nothing to offer in conversation with people who have proper jobs’.

Every time I came up with a career plan, I would talk myself out of it. Alongside this was a rising panic that I was running out of time. Sooner or later the children were going to move on and I’d be old grey, miserable and redundant.

You can see that this was a pretty tragic chat that I was having with myself and that it needed to stop!

My friend Sarah retrained to become a coach during this time. I wouldn’t have known much about it otherwise. I saw Sarah make big changes in her life, and help other friends do the same along the way, so it had been in the back of my mind that it might be an option for me at some point. She’s kindly helped me out a bit with this post, just to help explain what coaching is all about.

Sarah says that when people come to her with they tend to have reached a “compelling sense of being at a crossroads” in their life, maybe they’ve been dissatisfied for ages (me), or something forces change, like redundancy. The way she puts it is that they often have a head full of thoughts like a “bowl of spaghetti”, and it’s her job to help untangle it. 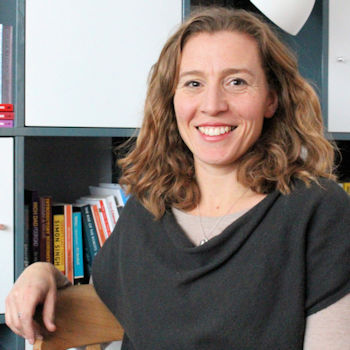 It all boils down to getting clear about what you want in life. As Sarah says “most of us don’t know what we want, because we don’t stop and think about it”. So the first step is to try and understand what you really, honestly want in you gut. What are your true values and priorities? What drives and motivates you? This is a powerful and revealing process that comes through talking about why you have come to coaching, and what you hope to achieve.

Once you have established where you would like to go, the next step is to work out what it is that is stopping you. Sarah calls this part “taking down the brick wall”. You sit and identify the barriers that are standing in your way. This is often really practical stuff like childcare, money, location, and qualifications. Sarah says “you take the wall down brick by brick until you can see a way to your goal on the other side”.

The first big barrier I took down, was inside my head. My coach and I looked at all of the skills I had gained during my time off work, and it completely changed my perception of my role as a full time mum. It has been such a relief. Why do we put so little value on domestic work? Another post for another day!

Sarah says there is no point in holding back during coaching, you have to be prepared to “give everything”.  For me, I suppose this was talking about all the “I’m a rubbish idiot” stuff.  Equally, coaching is not councelling for deep routed psychological problems. It’s not about dissecting the past, it is about shaping your future. Any decent coach would identify problems that need a different sort of councillor, and suggest you go there to address them.

Once you get off the coach

It’s funny, during my five sessions we never once discussed blogging, or social media management or content creation or anything remotely in that area. In fact, I initially wondered if the whole thing had really worked for me. Then, a couple of months down the line I started to seriously look in to these options and did a tiny bit of training. Then I decided that starting a blog would be a good jumping off point. It’s so obvious that I don’t know why it hadn’t occurred to me sooner. Sarah thinks that the coaching process has helped me filter out a lot of pointless, unproductive thinking, and finally helped me to find a way a workable way forward. 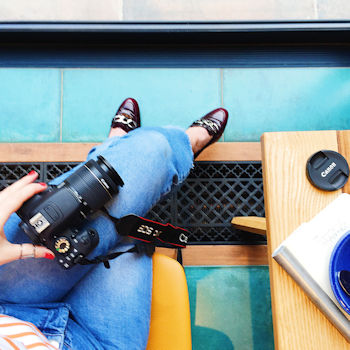 Me, blogging at the Thames Lido in Reading

What about the old record?

I’m still at the very first stage of building a new career for myself, and the old record still plays in the background. Doubts and invasive negative thoughts pop in to my head most days, but I seem to be able to identify them for what they are, and sit tight until they pass. And they do pass.

The main message that I really want to share by writing this is, don’t be reluctant to invest in yourself. I suspect that as women and mums we might find it counterintuitive to spend a few quid trying to figure out what we want. I’m absolutely sure that I will get stuck again along the way, and I wouldn’t hesitate to return for more coaching to get over the hump.

Read more about coaching at the website for Stride, Sarah’s Coaching consultancy.

I worked with Stephanie Smith Coaching. Stephanie specialises in working with people who are returning to work after having a family, or want to re-balance their work and family lives.

I’d love to know if you can relate to my experience, or have any thoughts or questions on coaching. Join in the chat below.

11 comments on “How coaching changed the record in my head”