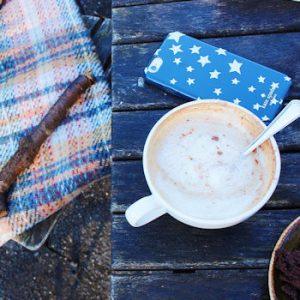 I have never tried Dry January. I’m not particularly motivated to give up wine, and consider it positively bonkers to do so during the bleakest month of the year. But last New Year, I did decide to stop using Facebook for four weeks. One month turned in to twelve, and I am now one year sober. So as January rolls around again, it seems like a good time to reflect on why I decided to quit in the first place. And on whether should I get over myself and start scrolling again?

I hadn’t been getting along with Facebook for a while, we did not have a healthy relationship. While I would constantly check my feed during the day, I rarely posted any of my own content. I’d become cynical and judgy about other people’s posts, and may have decided I was a bit above the whole thing.

This malaise had been bubbling along for some time, but something about last Christmas seemed to push me over the edge. I felt overwhelmed by images of everyone celebrating their better Christmas’s, with happier families, cooler friends, sunnier holidays, and more stylish New Years. It was making me feel…sad. So on New Year’s Day I decided to take a few weeks off. 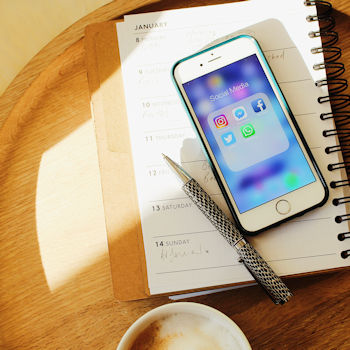 A didn’t delete the Facebook App when I flounced away

I didn’t make an official announcement about my departure (correctly calculating that no one could care less). I just decided to break the compulsion to click on that little ‘F’ icon every hour or two. Once I’d kicked the habit, I found no real reason to go back. It would have seemed like quitting. There is also a lifetime’s worth of pictures to keep me amused over on Instagram.

Why do I find Facebook harder to swallow than other forms of social media?

I always tell myself it is because I like pictures, and you can find better pictures elsewhere on the internet. But that doesn’t explain why it was winding me up so much.

Is it maybe because you tend to know your Facebook friends in real life (as compared to all of the stranger love on Instagram)? Does that make us more sensitive to the gap between a status update, and reality?

Words. It’s much easier for people to get my hackles up with a sentence than a picture, and the words are more front and centre on this platform. And politics. Not on my social media, thanks.

I’m going to indulge in a tiny bit of algorithm-bashing while we are at it. Facebook just seemed to be putting the same people in front of me all the time. In some cases, I knew what they were having for breakfast, lunch and dinner. Others seemed to have dropped off my feed entirely.

Importantly and undeniably, it was also my own problem. With one thing or another, I wasn’t entirely happy in myself at the time. So I think that I was struggling to enjoy what others were getting up to and sharing in their lives.

Read how coaching changed the negative record playing in my head.

Am I missing out? 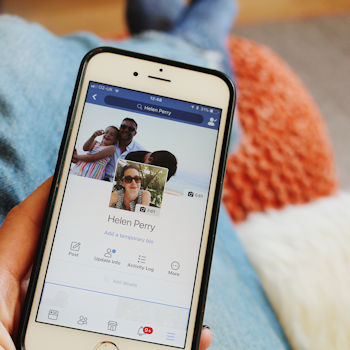 Don’t expect me to remember or acknowledge your birthday anymore. It turns out the fact that Facebook reminds you about people’s birthdays, and their children’s birthdays, is massively helpful.

Or sponsor you. I also didn’t realise a mate was doing a fundraising walk with her kids, that didn’t feel good.  I’m sure there are dozens of other births, proposals, marriages, promotions and achievements that have passed me by.

Another great thing about Facebook it that it’s the closest thing I have to an organised photo album for the past decade. Now the album has a 12 month gaping hole in it.

So is it time to go back?

After this period of rest and recuperation, is it time to re-join the other two billion humans using Facebook to connect and share what they find interesting?

Generally, I am much less cynical about social media than I was a year ago. I have found it rewarding and interesting to fully engage with Instagram, so am curious to find out how that approach might work for me on Facebook. 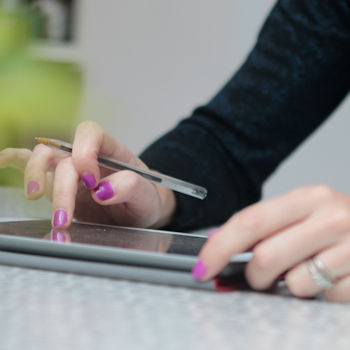 I would love to turn my blog in to a small business one day, so perhaps I should be considering a business page to compliment what I am doing? Or joining bloggers groups? Or is this just another time consuming rabbit hole to get lost down?

I went back on to my account before I wrote this post, and the two sides of my dilemma were perfectly illustrated before my eyes. First, some happy pictures of a good friend’s holiday. Brilliant. Then, an annoying attention-seeky status update, and a load of adverts. Gah.

Do you think I should give it another go? I would love to know everyone else’s feelings about social media at the moment. Which platforms work for you?

For the best bits of the week

I have to say how brilliant this newsletter is. It’s so well written, well edited, and always so useful.